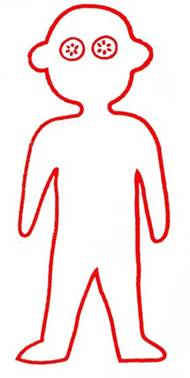 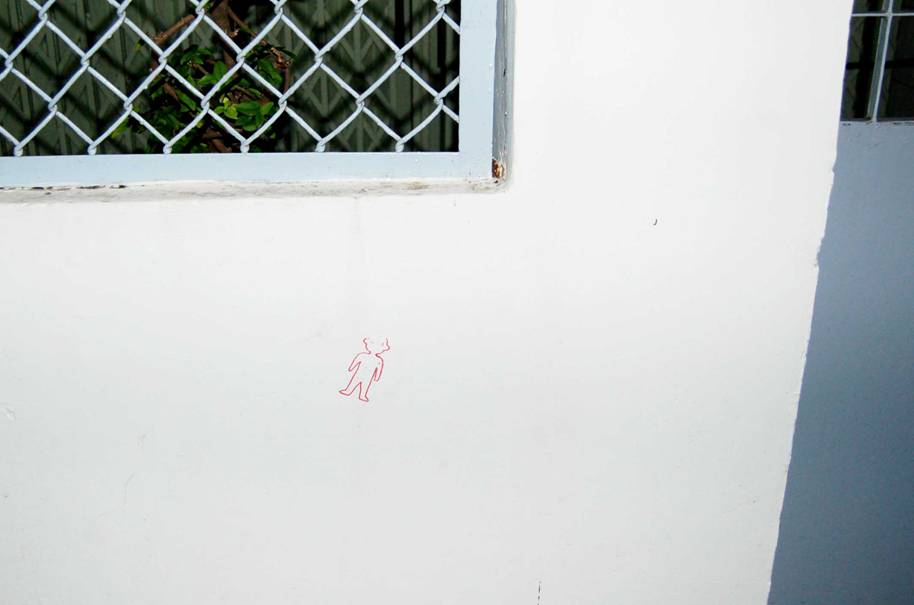 The project was launched at the Super Structures’ closing event where 60 large self-inking stamps were offered free to take from a cardboard box placed under a crudely hand painted wall text, reading in Vietnamese: Bạn không thích được vậy sao?, meaning: Wouldn’t you like to be one?. The red imprints appearing from the stamps outline a simple unisex figure; its level of abstraction slightly resembling that of corporate logos or icons.

A sheet of paper on the box containing the stamps states a short instruction: “Please take a stamp. Make imprints wherever you go around in . Look out for identical marks.” Following the launch and the artist’s departure from small signifiers may start appearing scattered around the city, as evidence of the new community of stamps holders.

The graphic symbol can signify a group belonging and an adherence or opposition to authority or a certain set of values. As used in both private and public spheres, the sign (as logo or icon) may in some cases detach from its initial context and representation, creating new substructures, and obtaining a life of its own.

Stamps serve to verify the authorisation of documents such as certificates and permissions by identifying the institution. Hence, a stamp-imprint may simultaneously signify and empower its own domain.

Click to see project as presented in the Super Structures’ catalogue: